RESULTS: 207 bankers who took advantage of the process I'm about to outline were studied for this piece. 192 of them (about 93%) reported that after 18 months into their new position - they would accept the job again even with the benefit of hindsight.
High-performing bankers who are "in the know" have abandoned the common but old-fashioned ways of changing jobs...
(These include - chatting up former colleagues about jobs at their new bank, allowing themselves to be recruited, or even applying for jobs directly...)
...in favor of a new method that allows them to consider a variety of opportunities, research them thoroughly, and ultimately choose the bank that makes the most sense for them.
The new method is called... The Commodity Reversal.
What the heck is that?
I know. Sounds weird. But once you read all of the details here...
...you'll be clear on exactly what it is and why it's transformed how the best bankers manage their careers.
Let's put a pin in that for a second.
First off, if you're a commercial banker and a pretty decent one at that...
Congrats! Other banks would love to hire you.
Right now... commercial bankers are in higher demand than ever!
Beyond the unyielding nature of shareholder pressure for banks to drive up revenue...
The demographics of bankers are going through a never before seen transition period.
Baby boomers are retiring en masse and there aren't enough young people coming up to replace them.
This has created fierce competition in the marketplace for folks like you.
I doubt this comes as much surprise based on the amount of LinkedIn messages and e-mails you've been getting from those pesky errr - enthusiastic recruiters!
***Full disclosure - I spent the first 13 years of my career as a recruiter before discovering The Commodity Reversal.***
The problem with allowing yourself to be recruited is that it often leads to you making a job change that you come to regret.
That's because the recruiting cycle is an inherently flawed process.
It's flawed for all parties involved. (except maybe the recruiter)
It's flawed for banks because it often leads to hiring a bad fit which in turn leads to high turnover.
But let's focus on how it impacts you.
Leaving yourself vulnerable to being recruited will often lead to you having to make a rash decision on something of extreme importance...
...based on incomplete information.
Think about it...
When you're interviewing with a bank...
...it's just normal for both you AND THE BANK to present the best version of yourselves.
The candidate always seems to take the rap for embellishing during the interview but almost always...
...the bank is painting the rosiest picture of themselves as well.
So you're usually walking away with about half the story.
Then you're pressured to say yes to an offer as they have other candidates "waiting in the wings."
Or...
You just allow the bank to dictate the interview process in a way that leads to them making you an offer...
...but still not giving you a full picture of what you're getting yourself into.
This leads to you making a leap of faith and accepting a new job...
...but then having that sinking feeling of regret in the pit of your stomach bubble to the surface as soon as you try to get your first deal through...
...when you realize too late that their approval process is a nightmare.
But you suck it up and deal with it because...
...you don't want your referral sources to think you're nuts by jumping right away to yet another bank.
Sound familiar?
This then leads to you being unfulfilled with your work...that thing you spend most of your time doing.
Which can lead to erosion of your health, your wealth, and just a general sense of pride in what you do.
More importantly... (and perhaps the most unfortunate) is that it tends to take a toll on the relationships with those around you that you value the most.
No fun.
Alright, let's move on.
Let me ask you something...
Don't you think it's crazy that most folks will scour the reviews on their next $50 Amazon purchase...
... yet, they're willing to leave something like choosing their next job to chance??
Yeah? Ok. If you accept that premise...
Then is it not LUNACY that if you're actually a good enough banker...
... that several banks would make you offers if they knew you might be available...
AND YOU STILL LEFT IT TO CHANCE?!
By the way... I'm not calling YOU a lunatic... because it's not your fault.
It's likely you aren't aware of any other way to change jobs than what you've always done and what you see most of your peers do.
There are just no obvious options for you to take advantage of the fact that you're in demand in order to land the best possible job.
If you're a high-performer... you're not gonna reach out to banks directly.
That gives off a smidgen of desperation and you're not interested in being lumped in with the masses...
...and being treated like just any other candidate.
So you just wait for something interesting to come your way.
That makes sense.
But like the masses you're trying to avoid being lumped in with...
...you're still making a reactive job move.
Reacting to whoever is trying to recruit you at a given moment.
And again - exposing yourself to the potential risk of ending up in a job you might regret.
OK - point made. (hopefully)
Are you open to considering a different approach?
I encourage you to adopt a proactive strategy...
... a strategy that positions you as an in-demand free agent... (not an applicant)
...allows you to examine opportunities at multiple banks...
... and ultimately come to an informed decision based on whatever factors are most important to you.
Sound good?

The net effect of that advantage is often more offers and higher offers.
Now here is my go-to positioning for my clients when I approach banks leveraging this psychology...
"At this point in Jane Doe's career, she's going to be thoughtful about her next move. She is going to do due diligence on a handful of banks and pick the best fit. Your group potentially fits her criteria. Would you like to meet with her?"
It's not complicated. But it works... well.
This approach has yielded 63% of my clients ending up in positions that were created just for them instead of jobs that were already open. (141 of 224 since 2013 as of Jan 2022)
When that happens, it comes with the added benefit of not having to compete with other candidates.
Cool, right?
OK - Now here's the rub...
Obviously...
"Hey let me get you in front of a few different banks and help you vet them so you end up in the best job possible... oh and it doesn't cost you anything." ...
... isn't exactly "selling ice to Eskimos."
So... it's impossible for me to take on everyone who wants to get their next job this way.
In fact, I only accept a max of 10 new clients each quarter.
It's all my wife will allow as we have 7 and 5-year-old boys who, turns out, are very self-centered ;)
The (admittedly selfish) benefit of having to be this selective is that it allows me to cherry-pick the clients who would be most ideal for me to work with.
So without further ado here's what I need out of my clients:
Spoiler alert! - I need you to be great at your job (with a history of crushing your goals) and good enough at interviewing that multiple banks will want to make you offers.
(Or you're at least coachable enough that you'll heed my advice on the ideal way to conduct yourself in these kinds of interviews. It's different than what you're used to.)
I also need you to have already come to the conclusion that in order to get more fulfillment out of your career the time has likely come to part with your current employer.
Lastly, I need you to be a pleasure to work with.
I value having a real connection with the people I represent.
We'll be communicating a lot throughout this process and that shouldn't be a chore for either of us.
For my part - I'm blunt. I'm casual. I like to laugh. But, I'm serious when it counts.
The trust that my clients place in me to help them achieve their career goals is never lost on me.
I work best with people who take pride in being great at what they do, but at the same time don't take themselves too seriously.
IF THIS SOUNDS LIKE YOU... I invite you to answer six super short questions that will help me determine whether or not you would be a good fit to work with.
If your answers indicate you're a fit, you'll be invited to book a discovery call with me.
During the discovery call, we'll discuss your short and long-term career goals and come up with a game plan of how to reach them!
You can do that here.
Best,
Josh Hickock
Founder, Work Empowered
P.S. But wait, that's not all! - I've always wanted to do that. RIP Billy Mays
I recently taught a career strategy program for job seekers in banking and finance.
The cost was $7,500 per person.
While I'm no longer offering that, if you are accepted as a client you will have complimentary access to the following training from the program:
How to discover what type of role you're ideally suited to based on how you're wired (Includes: Predictive Index® assessment and coaching on how to take action on what you discover)
How to discover what organizational profile best suits you (Includes: What kind of boss should I be looking for?)
How to interview in a way that leads to offers (Includes: 12 Deadly Sins of Interviewing)
How to play the money game (Includes: How to put yourself in a position to get better offers without having to play hardball.)
I have multiple offers. How do I make the best choice?! (Includes: How to kick the tires and ensure you're stepping into the best situation.)
Avoid the new-job traps! (Includes: How to assert yourself in your new role while endearing yourself to your new coworkers.)
Again, the cost to be part of the program where I taught these concepts was $7,500.
You'll have free access to this training if accepted as a client!
See if you qualify here. 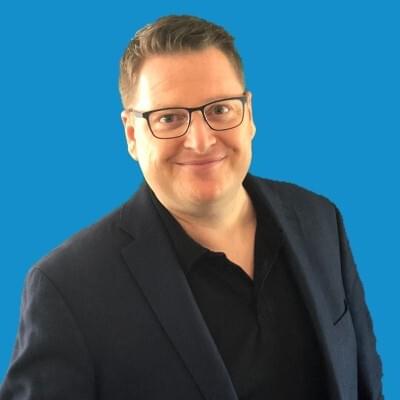 Josh hickock
Founder of
Work empowered
Schedule a Discovery Call With Josh
The Money Isn't In the List... It's In The Products That You Sell To Your Email List
First, there's no money in the list. There is only money in the products that you promote, just like the retailer down the street. They are not being paid by simply being open and having customers walk in the door... No, no, no! It's ALL about the products they sell that make the money.
If you are just an affiliate "making money" by wasting money on advertising and getting very little ROI than you have to learn this one secret today.. or your business might be gone tomorrow.
Fill Out the Form Below To Get Immediate Access
Download Free 32 Page Report (.pdf)
Sign Up Now to Get Free Report
Work Empowered, LLC
Copyright 2022 All Rights Reserved